You Are Here: Home » Program Faculty and Staff

Tim Nichols (B.A., UVA; M.A., USF; M.B.A.,NCSU) served as an intelligence officer in the Marine Corps for over 21 years with extensive experience in the special operations and counterterrorism fields. His overseas experience spanned deployments to Iraq, Afghanistan, East Africa, Central America, and the Pacific. He was designated a Regional Affairs Officer for East Africa. While in Iraq, he directed a joint interagency task force in tracking and targeting foreign extremists traveling to Iraq for violent activities. Prior to his retirement from the military, Tim taught courses in Leadership, Ethics, and Management at Duke, UNC, and NC State for four years. In addition to his consulting activities, Tim is currently a research fellow and visiting professor of the practice in the School of Public Policy at Duke University. His research interests and teaching responsibilities include intelligence, interagency coordination, national security, homeland security and counterterrorism policy. 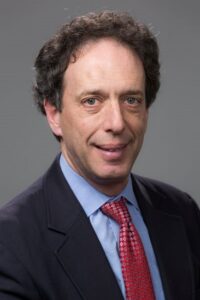 David Schanzer (A.B., Harvard; J.D., Harvard) is a professor of the practice at the Duke Sanford School of Public Policy University and director of the Triangle Center on Terrorism and Homeland Security, a research consortium between Duke, UNC-Chapel Hill and RTI International. In these capacities, he teaches courses, conducts research and engages in public dialogue on counterterrorism strategy, counterterrorism law and homeland security. Schanzer is the lead author of a widely cited National Institute of Justice study on domestic radicalization – “Anti-Terror Lessons of Muslim Americans” (2010) – and a report on “Improving Strategic Risk Management at the Department of Homeland Security,” published by the IBM Center for the Business of Government.  He is a member of the Countering Violent Extremism Leadership Forum and has been a Research Fellow for the National Intelligence Council.  Prior to his academic appointments, Schanzer was the Democratic staff director for the House of Representatives Committee on Homeland Security from 2003 to 2005. He previously served as the legislative director for Sen. Jean Carnahan (2001-2002), counsel to Sen. Joseph R. Biden Jr. (1996-1998), and counsel to Sen. William S. Cohen (1994-1996).