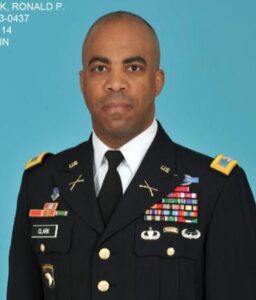 Colonel Ron Clark has served as an Infantryman in the U.S. Army for 25 years and has led Soldiers from platoon to brigade level. His combat experience includes service as a Scout Platoon Leader during OPERATIONS DESERT SHIELD and DESERT STORM and as an Infantry Battalion Commander during OPERATION IRAQI FREEDOM.   His key assignments include service as Aide-de-Camp to the Commanding General, U.S. Army Forces Command; 41st Chief of Infantry Branch at US Army Human Resources Command; and Director of the Simon Center for the Professional Military Ethic, United States Military Academy. His education includes a Bachelor of Science degree from the United States Military Academy and a Master of Military Art and Science degree from the U.S. Army Command and General Staff College. 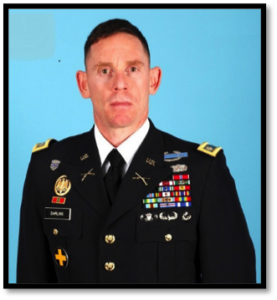 Lieutenant Colonel Paul Darling is a graduate of the United States Military Academy and the University of Missouri, Rolla.  He served with the initial Implementation Force (IFOR) in Bosnia from 1995-1996 and also served with UN Protection Force in Macedonia in 1995.  He commanded the first strategic missile defense (GMD) crew in Fort Greely, Alaska.  While in Southern Afghanistan, he served as the commander of Provincial Afghan Police Mentor Team in Zabul Province.  He oversaw the training and led combat operations for 1200 Afghan Police.  He also served as the deputy commander of a domestic Chemical Biological Radiological and Nuclear response team while in the State of Alaska.  He has been published on naval operational theory, air warfare doctrine and ground tactics in counter insurgency, Pacific strategy, American foreign policy in Afghanistan and Pakistan, as well as other topics.  His focus of study is multi-polar nuclear deterrence theory and United States Department of Defense restructuring. 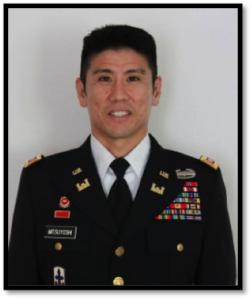 Lieutenant Colonel Neal Mitsuyoshi was commissioned as an engineer officer in the US Army Corps of Engineers in 1991.  He has served on both active and reserve status in the US Army Reserves, Army National Guard and Regular Army.  He is a combat veteran who has been deployed twice to Iraq (2004-06) and Kuwait (2008-09), and has also provided military support to civil authorities in civilian/military operations and has worked abroad with China’s PLA and the Taiwan government on Humanitarian Assistance and Disaster Relief (HADR) engagements and exercises.  Some of his assignments in the Army include Platoon Leader, Company Commander, Battalion Civil Engineer, Company Construction Officer, Battalion Executive Officer, Brigade Engineer, Deputy Camp Commander, CERFP (CBRNE Enhanced Response Force Package) Commander and Battalion Commander.  As a civilian Mr. Mitsuyoshi is a licensed engineering in the State of Hawaii and currently serves as Chief Engineer and Contracting Officer for the State of Hawaii, Department of Defense.  He has also spent more than 8 years working in the private sector as a consultant and project manager for a national engineering firm. 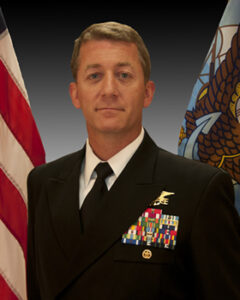 Captain Jamie Sands is from Farmington, Connecticut and graduated from the Naval Academy with a BS in Oceanography. He earned an MS in Military Strategy and Planning from the Joint Advanced Warfighting School in Norfolk, VA. Serving as a surface warfare officer in the Navy and subsequently transferring into the Navy Special Warfare community (SEAL), Jamie has served in Europe, the Mediterranean, the Persian Gulf, Iraq, and Afghanistan. Jamie served as the Commander of SEAL Team EIGHT from 2008 to 2010 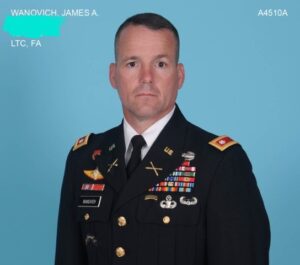 olonel Jim Wanovich joined the U.S. Army as an Artillery Officer in 1991 and has served in both conventional and Special Operations units throughout his military career.  Following the attacks of September 2001, Jim was a member of the initial special operations assault forces into Afghanistan and Iraq and has completed ten subsequent combat deployments.   Jim recently completed a tour of duty establishing the NATO Special Operations Component Command/Special Operations Joint Task Force in Afghanistan as the Deputy Director of Operations.  His primary area of study relates to international terrorism issues associated with the U.S. drawdown in Afghanistan.  He graduated in 1991 with a BA in Economics/Business from the Virginia Military Institute and in 2004 with a MA in National Security and Strategic Studies from the Naval War College.