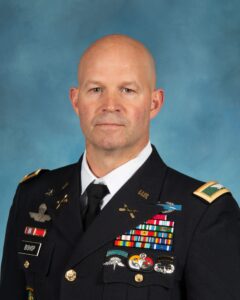 COL John Bishop is a career Army Special Forces Officer originally from Severna Park, Maryland. He commissioned into the Infantry upon graduation from the United States Military Academy at West Point in 1999. John has served in multiple command and staff positions over the course of his 22-year career to include operational deployments to Bosnia, Jordan, Afghanistan, and northwest Africa. He has a Bachelor of Science degree in Systems Engineering from West Point and a Master of Science in Defense Analysis from the Naval Postgraduate School. John and his wife, Heather, have three children, Alexa, Kacie, and John. John’s research interests include irregular warfare, post-conflict stabilization, and proxy force operations. 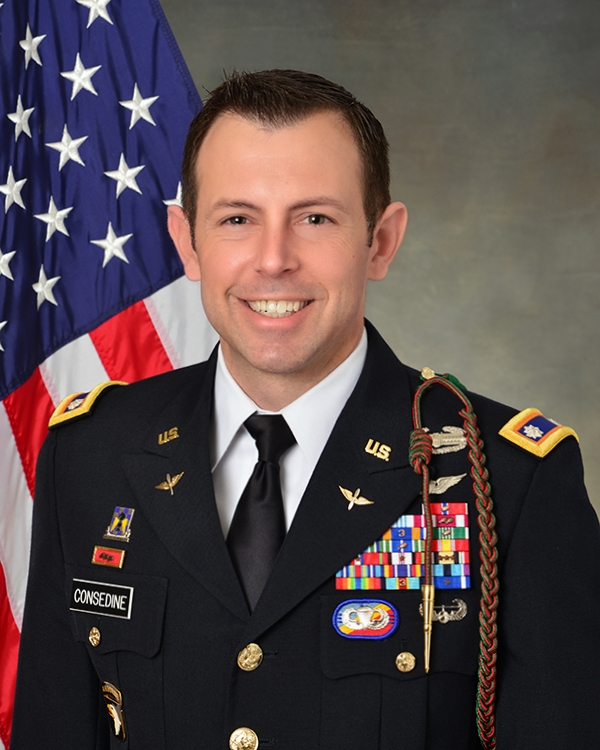 LTC Kevin Consedine was born in the United Kingdom and raised at various locations around the world as part of an Army Family.  Kevin serves as an Army Aviation Officer with FAA ratings spanning helicopters, airplanes, and seaplanes. He graduated from the Virginia Military Institute in 2001 with a Bachelor of Arts in International Studies, and he earned a master’s degree in Public Administration from the University of Washington's Evans School of Public Policy and Governance.  Kevin has a diverse military background encompassing multiple combat aviation leadership roles in Iraq and Afghanistan. He also worked with the Defense Threat Reduction Agency to develop rapid solutions, as part of an interagency process, to defeat improvised-threats and counter adversary unmanned aerial system attacks.  Additionally, Kevin served as the Professor of Military Science at Oregon State University. Prior to arriving at Duke, Kevin was an aviation battalion commander in the 82nd Airborne Division. His research interests include use of the military as an instrument of national power, the role of rotary-wing aviation in future conflict, and the long-term viability of the All-Volunteer Force. Kevin and his spouse Meagan have two children, James and Leila.  As a family, they enjoy fitness, movie-nights, travel, and cooking. 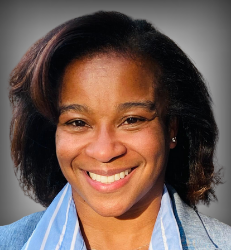 Khadijah Davis is a Supervisory Special Agent with the Counterterrorism Division (CTD) of the Federal Bureau of Investigation (FBI). Khadijah joined the FBI in 2005 and was assigned to the Newark (NJ) Field Office. She began her career investigating Organized Crime, Police Corruption, Human Trafficking and Hate Crimes which led to multiple successful prosecutions. As a subject matter expert in these areas, Khadijah provided presentations and training to members of the public and law enforcement throughout New Jersey. In 2016, Khadijah transferred to CTD and focused on investigations related to homegrown violent extremists. Khadijah earned a Bachelor of Arts in Biology from Bryn Mawr College. Her research interests are the Middle East region and the intersection of international and domestic terrorism with communities of color. 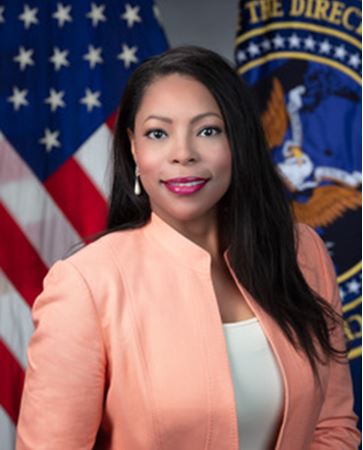 Olga Delgado is a national security expert within the Office of the Director of National Intelligence, National Counterintelligence and Security Center. She has more than 26 years of professional experience in the federal, state, and industrial sectors. Her overseas experience spanned deployments to Afghanistan, Iraq, Europe, the Middle East, and Africa.  Ms. Delgado has been directly responsible for creating, developing, and implementing polices on such important issues as combatting insider threats and security clearance reform.  She holds a B.A. from University of Texas at San Antonio and an M.S. from Strayer University. Her research interests include national security, counterintelligence, management and leadership, and use of technology in the decision-making process. 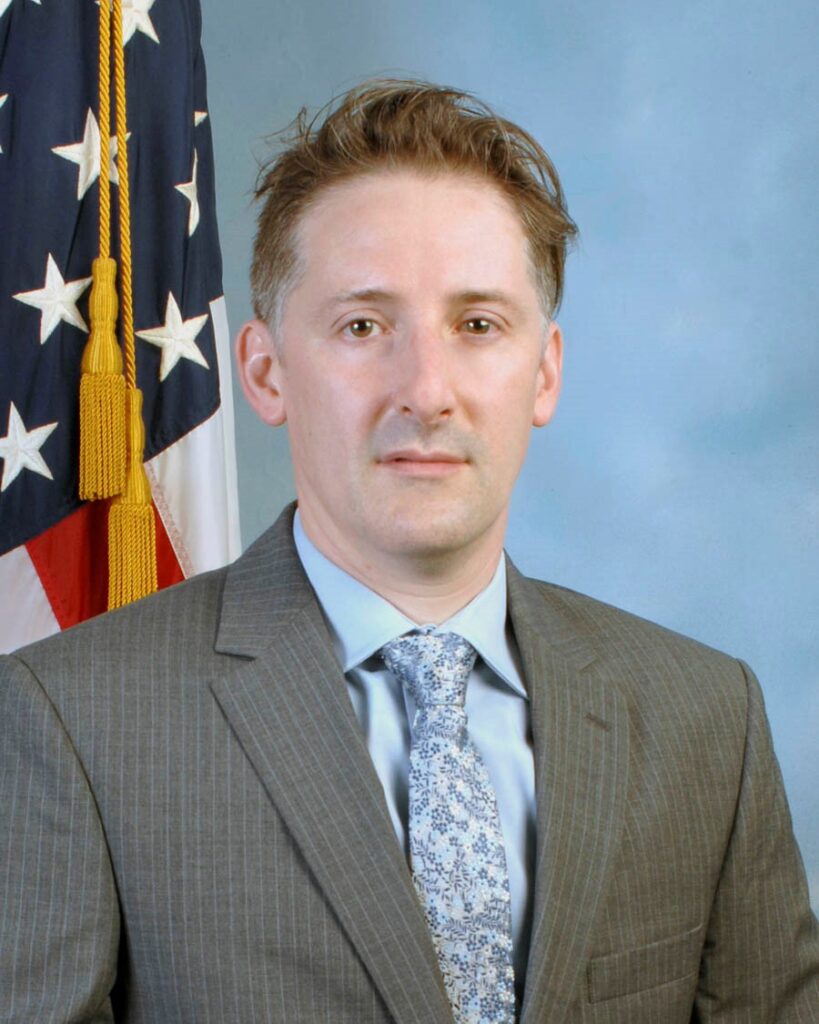 Graham Grove is a Supervisory Intelligence Analyst with the Counterterrorism Division (CTD) of the Federal Bureau of Investigation (FBI). Originally from Michigan, Graham joined the FBI as an intelligence analyst in 2010. From 2010-2015, he worked in CTD providing analytical and operational support to FBI investigations of homegrown extremists in the National Capitol Region. From 2015-2019, Graham served as an FBI liaison officer providing interagency support to targeting efforts of global terrorist organizations and coordination assistance to hostage recovery missions. Since 2019, Graham has led an analytical team overseeing international counterterrorism operations and repatriation efforts of foreign terrorist fighters (FTFs). Graham is a graduate of the University of Michigan (B.A. in Political Science) and George Mason University (M.A. in International Policy and Commerce; M.S. in Biodefense/Counterterrorism). Graham also holds professional certifications from the University of St. Andrews (Terrorism Studies) and the George C. Marshall European Center for Security Studies (Applied Security Studies). His research interests include international terrorism, counterintelligence methods of terrorist groups, deradicalization and reintegration of FTFs and family members, CBRNE matters, and civil security issues. 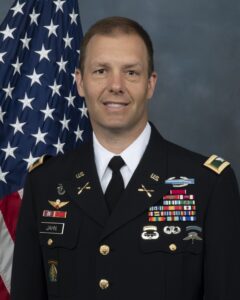 COL Ben Jahn is a Special Forces officer from Caldwell, Idaho.  Originally commissioned as an infantry officer, Ben has spent the last 14 years assigned to units within U.S. Special Operations Command.  He has broad experience working with Joint, Interagency, and international partners and has deployed multiple times throughout Southeast Asia, Central Asia, and the Middle East.  Colonel Jahn is a graduate of the George Washington University's Master of International Policy and Practice program and received his undergraduate degree from the United States Military Academy where he majored in Russian and German language studies.  Ben’s research interests include senior leader decision making, irregular warfare, and Special Operations leader development and education. 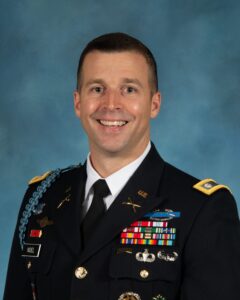 LTC Derek Noel is a US Army Infantry Officer from Gettysburg, Pennsylvania.  He has led soldiers at the platoon, company, and battalion level and has deployed to both Iraq and Afghanistan.  Derek has extensive staff experience in both the Army and Joint enterprise and previously served as an Army liaison to Congress.  He holds a bachelor’s degree from the University of Richmond and a master’s degree in Legislative Affairs from George Washington University.  Derek is married to Major Cassandra Perkins, an Army aviator, and they are expecting their first child in November 2021.  His research interests include national security decision making, defense modernization, and studying social / cultural challenges inside the military. 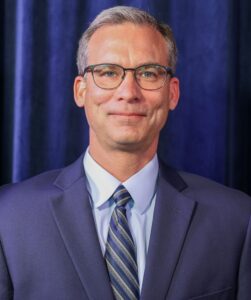 Drake Weisert is a Foreign Service Officer with the U.S. Department of State.  His most recent assignment was Public Affairs Officer at the U.S. Embassy in Sofia, Bulgaria, where he managed public outreach on security cooperation, rule of law, and other policy issues.  Prior to Bulgaria, he served as Press Officer at the U.S. Embassy in Kuala Lumpur, Malaysia during a busy period of bilateral cooperation on trade and military engagement.  Drake has also worked at the U.S. embassies and consulates in Rangoon, Burma; Guangzhou, China; and Ciudad Juarez, Mexico as well as the State Department’s Bureau of East Asian and Pacific Affairs in Washington.  Prior to joining the State Department in 2002, Drake worked for the U.S.-China Business Council and Voice of America.  He has a bachelor’s degree from Washington University in St. Louis and a master’s degree from the University of Colorado Boulder.  He is married and has three daughters. Drake’s research interests include the intersection of public policy and public opinion and the psychology of extremism.